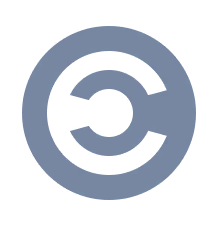 The Caldari State was founded on the tenets of patriotism and hard work. With these ideals as their guiding principles, its early leaders fought hard to achieve greatness. Today, the Caldari State has become a powerful corporate dictatorship. Ruthless and efficient in the boardroom as well as on the battlefield, the Caldari are living emblems of strength, persistence, and dignity.

The Deteis are commonly found in positions of authority. They are efficient, hard-working, and dutiful. Deteis males are strategic thinkers, but adhere strictly to rules and regulations. Female Deteis tend to be composed individuals with a wry sense of humor and a no-nonsense outlook on life.

The Civire are highly competitive by nature, making them remarkably successful in both economic and military matters. Civire males follow a strong moral code. Never at ease when idle, they see work as the meaning of life. Female Civire strive for excellence in the pursuit of all endeavors. Their strict devotion to a moral code makes them highly self-disciplined.

The Achura are reclusive, introverted, and greatly focused on personal spirituality. Achur males meditate on every decision of consequence. Compassion is not unknown to them, but they have a tendency to focus on the big picture. Female Achur are highly regarded teachers and mentors, driven by their intense interest in the metaphysical world.